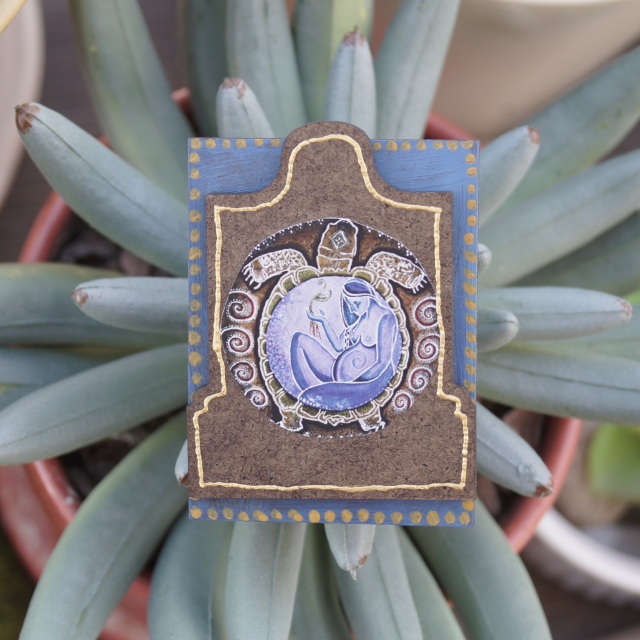 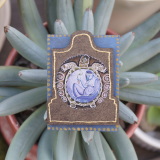 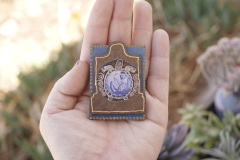 SKU:
$17.00
$17.00
Unavailable
per item
This small pocket shrine makes a perfect addition to a birth space or home.  It can easily fit inside a purse and can attach strongly to any magnetized surface.  The shrine measures 2.25x1.75" and is hand painted by Amy.

In the mythology of the Iroquois and Huron of North America, the Woman Who Fell From the Sky is a primal ancestor. Also known as Sky Woman or Ataensic, she plays a central role in creation.

According to legend, the Woman Who Fell From the Sky lived in a world above the sky. One day she became pregnant and fell out of heaven. Some stories say that she fell while chasing a bear, while others say that the tree of life was uprooted and she tumbled through the hole left behind.

As the woman fell, ducks flew beneath her to slow her descent. She landed in a vast watery place, with no land in sight. Turtle arose from the water and let her rest on his back. Meanwhile, Muskrat dove beneath the water and brought up mud to form the earth. Soon after, the woman gave birth to twin sons-Âone good and one evil-Âwho created all the natural features of the earth and sky. According to some stories, she gave birth to a daughter, and that woman was the mother of the twins.